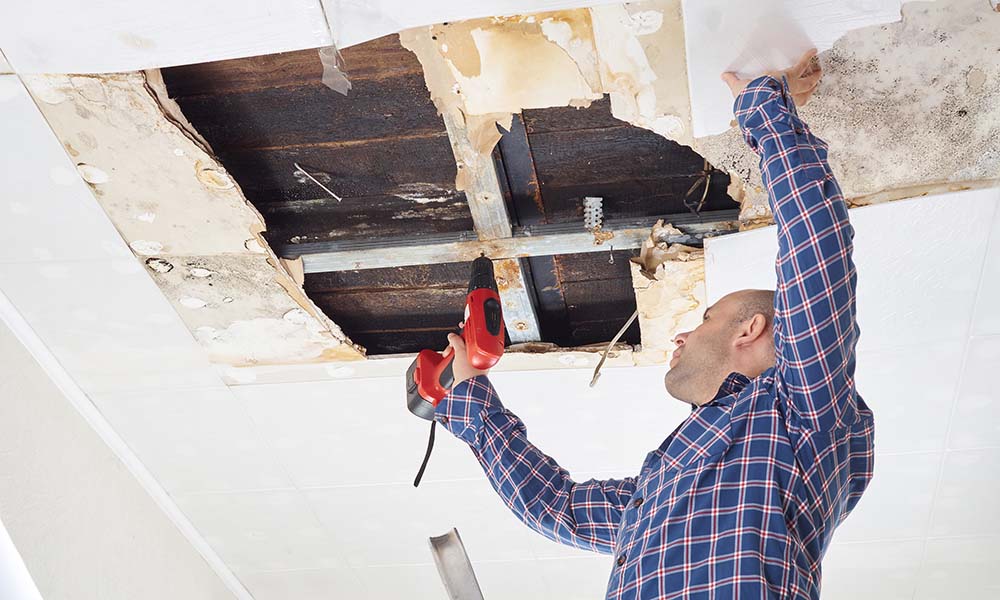 The CVL Engineers Inc. team had quite a surprise when we were asked to review reported mold and mildew damage at a residential garage. We found that the structural studs were soft enough to pass a knife cleanly through! 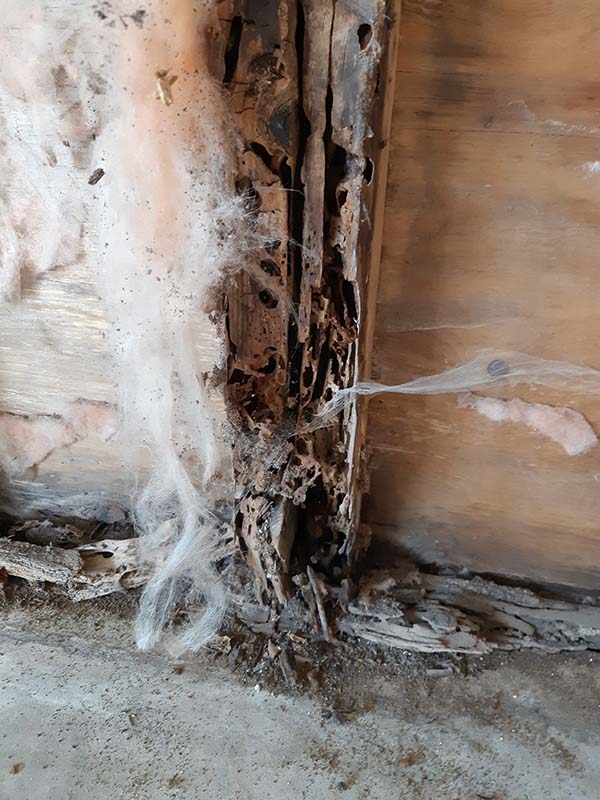 The density of the wood had degraded so much that the exterior wood sheathing was likely taking a great deal more than the structural load than it was designed to hold. Furthermore, the damage was not localized to one specific area; it was discovered around the entire perimeter in the garage. 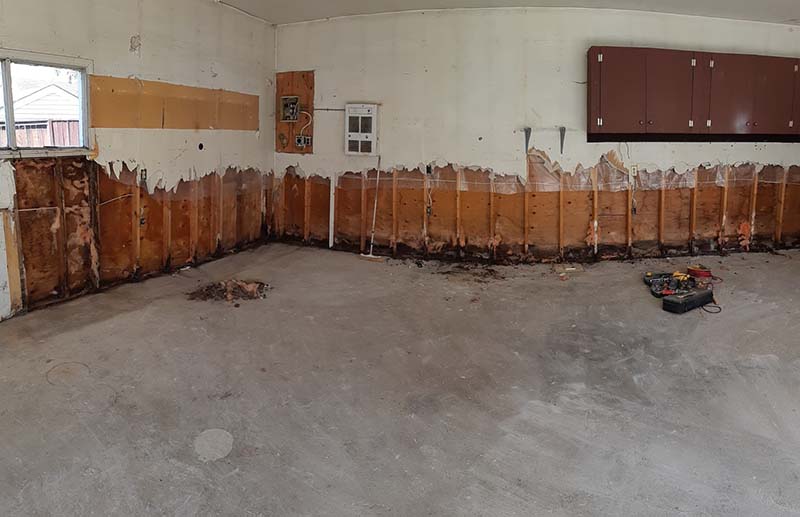 In short, no Bueno! This structure will likely require significant repairs (or even rebuilding) to rectify the damage caused that should likely have been identified by the poor detailing present at the outset immediately after construction.  Let’s take a closer look at what lead to the issues and how they can be prevented.

Three Conditions that Lead to Leakage

The main issue in this garage and in many other cases of mold and mildew damage is a lack of proper drainage. Surface drainage alone is not sufficient to prevent leakage in this application. Why?

You need to satisfy three conditions to have leakage:

1. Water is present – it goes without saying that to have leakage, you need to have water in some capacity, which is what makes surface drainage a key factor. If you remove 90% of the water before it can do damage, all the better! While most of the water was diverted away from the building, some of it was absorbed into the soil, where it remained until either dried or transported elsewhere (such as into the building).

2. An opportunity for water ingress (e.g. – cracked or otherwise deficient cladding, lack of or poorly installed waterproofing, etc.) – above grade cladding systems are universally poor selections for below-grade applications. Properly detailed above-grade, they do quite well to divert the elements away from the building interior, but even the most robust system will fail when exposed to the persistently wet conditions in the subsurface.

3. A pressure difference from the exterior to the interior – the presence of water in soil provides all the pressure difference you need when considering the open-air condition of the garage interior (although in other applications, a strong wind is often sufficient pressure to blow rain through a deficient cladding system in high rises).

As we noted in this inspection, above-grade building envelope components that were not designed to be placed below grade were, in fact, placed below grade. A cursory review of the exterior revealed that while the ground had plenty of slope away from the garage to direct surface water away from the wall (an effective solution). However, to achieve this, the soil was placed directly against the exterior cladding of the garage (an extremely ineffective solution). 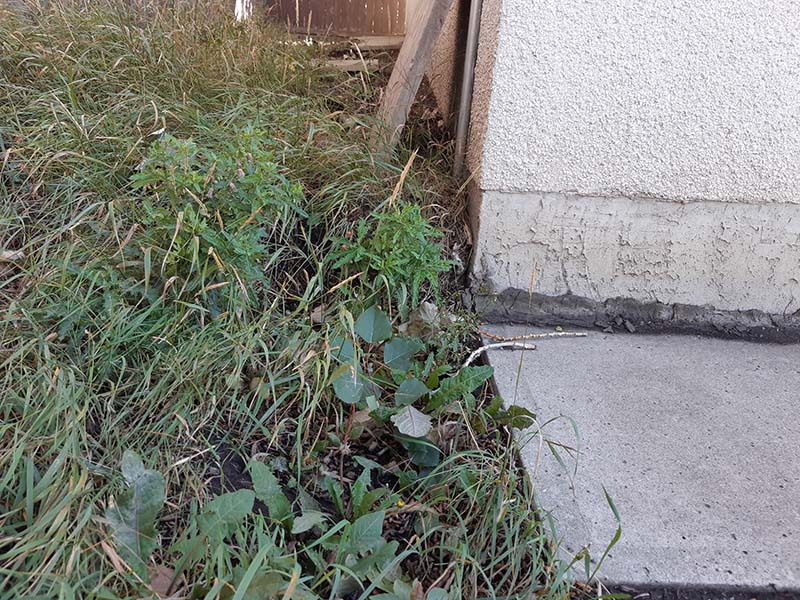 Overall, there were persistent conditions conducive to leakage. This allows for significant damage to the structural components, which in this case, were mold and mildew in the wood framing.

Engineering to a Different Standard

Were this building constructed to Code, the Building Code would require that the concrete foundation wall extend no less than 180mm above the finished grade. This would have solved many of the problems seen at this garage. Further detailing would have required a waterproof membrane to have been installed between the concrete foundation extension and the wood sill plate. This would prevent capillary action from allowing moisture to rot the sill plate.  The foundation wall could be made water-tight (or very resistant) with a rubberized asphalt waterproofing membrane typically found in below-grade applications. With these (code-mandated) measures in place, in addition to effective surface drainage, we would not expect these issues to have developed.

If You Suspect There Might Be Leakage, Don’t Wait

Do you have leakage concerns? Contact the CVL Engineers Inc. team to schedule an inspection and potentially avoid mold and mildew, which can lead to significant structural issues. Our team can thoroughly inspect and identify risks, providing you with detailed information, reporting, and potential solutions. 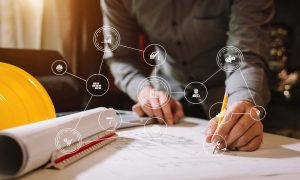 CVL Engineers is proud to offer services to Condominiums across Canada. We support condominium corporations by preparing Reserve Fund Studies and Depreciation Reports. These reports 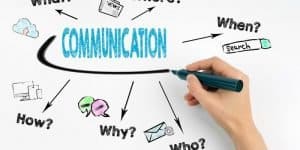 No Reply? Why Professionals Need to Set New Expectations for Modern Communication

In modern businesses, managing communications is one of the most difficult daily tasks we face. Less than 30 years ago, there were limited ways to 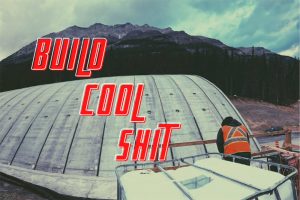 What Living Out Our Values Means & Why it Matters for Clients

Any business can say anything when it comes to their values. It would be easy to choose words you know your clients want to hear. 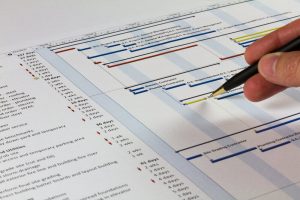 Project Delivery and Chess Are you struggling with the overall delivery of your projects? Project delivery is a little like chess; you’re constantly anticipating unknown